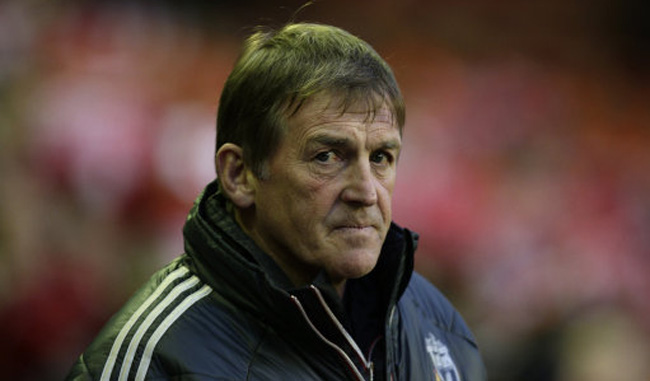 It’s been coming hasn’t it? Since Liverpool ended the 2011/12 season with another disappointing performance, this time losing to Swansea, King Kenny has been living on borrowed time. And now, in a (possible) attempt to bury bad news on the day Roy Hodgson named his first England squad, the Anfield top brass have decided to part company with their manager.

“Fenway Sports Group (FSG) and Liverpool Football Club announced that Kenny Dalglish is to leave his post today as manager after having his contract terminated.

“After a careful and deliberative review of the season, the club came to the decision that a change was appropriate. It is not a decision that was reached lightly or hastily.”

While Dalglish’s iconic status at Anfield will outlive any managerial mishap, the decision to axe the Kop idol will still hurt some fans. However, despite splashing the cash on the likes of Andy Carroll, Jordan Henderson and Charlie Adam, the Scot has failed to revitalise the Reds, with a Carling Cup win this season unable to paper over the cracks of a poor campaign which included finishing below Everton in the league.

A quick gloss over the more damning stats; He paid £82 million for 8 Premier League goals from Carroll, Adam, Downing & Henderson combined, he presided over 10 losses  in Liverpool’s 17 league matches in 2012 (only rock bottom Wolves lost more), 52 points is Liverpool’s worst ever total in the Premier League – though, crucially, Liverpool DO have more trophies this season than Arsenal, Tottenham and Manchester United combined.

Their poor home form this season has been well highlighted with Liverpool winning just two Premier League games at Anfield in 2012, but life goes on in the red half of Merseyside and the big question now is just who will take over in the Anfield hot seat?

Will the powers-that-be at Liverpool look within the Premier League to young whippersnappers such as Brendan Rodgers and Roberto Martinez? Or will they look further afield to the likes of current Saudi Arabia boss Frank Rijkaard? Maybe Fabio Capello is in the running or, dare I say it, is Rafa Benitez readying himself for a dramatic comeback?

As for Kenny himself; personally, we at Pies have our fingers crossed for a Blackburn return. You know, for old time’s sake?

Anyway, you tell us. After all, we know nothing here!