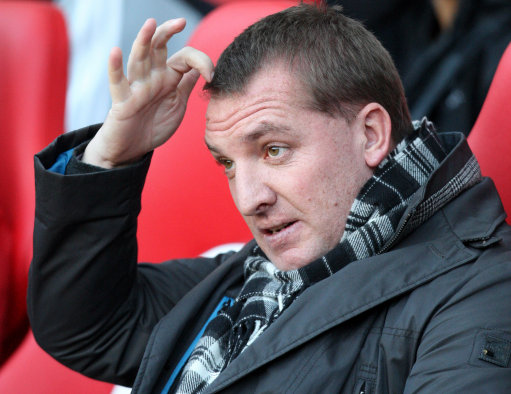 As best we know, Brendan Rodgers has just agreed a three-year deal that will see him leaving Swansea to become Liverpool’s new manager. However, it’s not been officially squared away quite yet as the two clubs are still in the process of finalising a £4 million-odd compensation payment.

Apparently Rodgers renewed his interest in the post after Liverpool owners FSG shelved their plans to bring in Louis van Gaal as a director of football, plans which also put off Roberto Martinez – and rightly so. Who wants a brazen bollock-flasher repeatedly going over their head? No-one, that’s who.

Pretty galling for Swansea to lose their inspirational leader (the fear will surely be that he dismantles the Swans squad over the summer with some choice cherry-picking) after only one year at the top table – you get the feeling that Gylfi Sigurdsson must be similarly peeved – but a good appointment from Liverpool’s perspective; relatively cheap, progressive thinking, young(ish), aspirational, intelligent, etc, etc.

Will Rodgers be able to milk the same cute possession game he fostered at Swansea from the players at his disposal at Liverpool, i.e, create his ‘Liverpoolona’? We ain’t so sure – at least not immediately, which never tends to go down well on Merseyside.

Quick prediction: It all goes tits up by Christmas and King Kenny Dalglish (Liverpool man, knows the club inside out) is bought in as the saviour. Failing that? Rafa. Always Rafa.