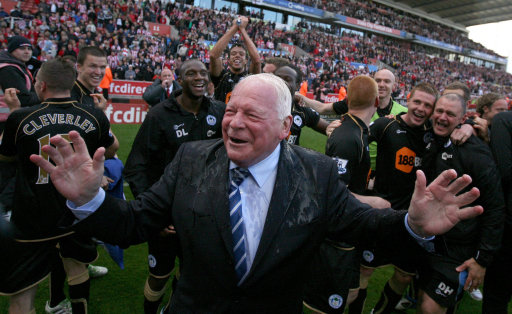 Liverpool’s Managing Director Ian Ayre has had a pop at Dave Whelan, after the Wigan Athletic owner claimed that the Reds had offered Latics manager Roberto Martinez the top job at Anfield. In response to those comments, Ayre said:

“I always thought John Bishop was the biggest comedian in the north west, but Dave Whelan seems to have taken that mantle over in the last couple of weeks.”

“We make no secret of the fact we spoke with Roberto Martinez, but that is all we did. He is a great guy, and I can’t speak highly enough of his professionalism and conduct. But for his chairman to make suggestions like he has, and suggestions that just aren’t true, is disappointing to say the least.

“We can say with absolute certainty that the only person who was made any offer is Brendan Rodgers.”

I bet Peter Kay is fuming right now. Not to mention Stan Boardman.