Already this season, Pies has asked you Which Chelsea player winds you up the most? You voted for Didier Drogba. Then we asked you the same question of Man Utd. You voted for Comrade Gary Neville. Then came Arsenal. You went for Emmanuel Eboue.

Today it’s the turn of… you guessed it… Liverpool. 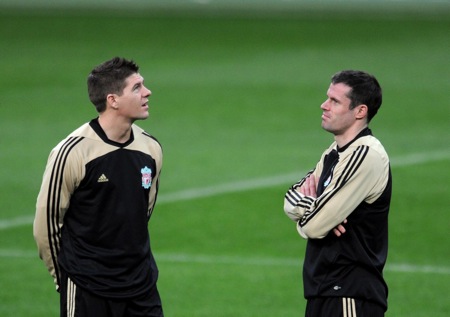 So, which of the bin-dippers’ rogues annoys the hell out of you? Will it be Stevie Me? Or perhaps Carra, the most Scouse man on the planet? Maybe you’ll go for Rafa, who is also an option (as Arsene Wenger was in the Arsenal poll).

The choice is yours: