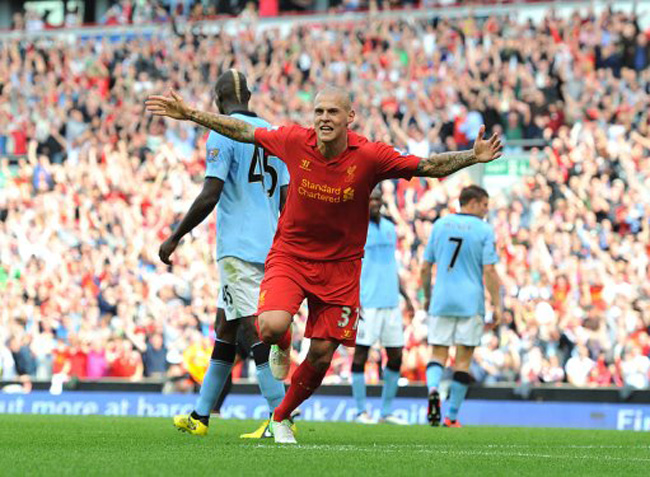 A fine performance from Liverpool at Anfield on Sunday should have seen Brendan Rodgers’ side take all three points against Man City. However, mistakes from Martin Kelly and then Martin Skrtel, handed the league champions a couple of goals on a plate.

Skrtel had opened the scoring himself on 34 minutes, courtesy of a powerful header but just after the hour mark, the Citizens were level after Yayá Touré made the most of an error by full-back Kelly.

However, Luis Suarez put the home side back in driving seat three minutes later. Liverpool looked in control at that stage of the game. But with just 10 minutes left to play, Skrtel hit a blind back-pass which was intercepted by Carlos Tevez. The Argentinian striker coolly rounded Pepe Reina before slotting home. And that was that.

Despite pretty much throwing away the win, the Reds impressed on home soil, with Joe Allen at his scheming best in midfield. As for City, they’ll no doubt sharpen up as the season progresses.