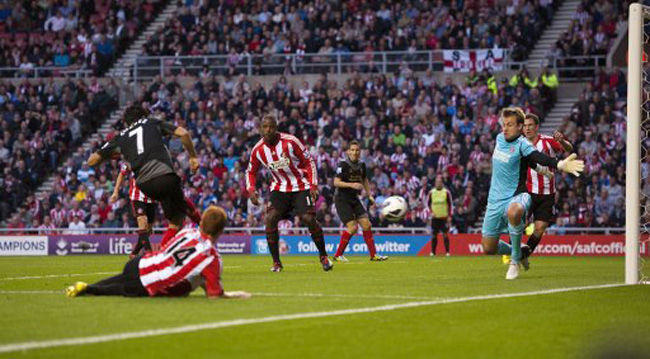 It’s been quite a week for all those involved with Liverpool FC, but on the pitch, the Reds failed to register their first win of the season against a well-drilled Sunderland side.

Steven Fletcher was the goal-hero for the home side again, netting on the half-hour mark after great play from Craig Gardner. However, the Reds battled for an equaliser, coming close when Glen Johnson hit the woodwork and Steven fired wide. But eventually, the goal came, courtesy of Luis Suarez who fired home at the second time of asking.

Martin O’Neill’s men picked up yet another draw while his fellow Irishman Brendan Rodgers continues his quest for a victory.