Putting aside local rivalries, Everton paid tribute to the 96 victims of the Hillsborough tragedy before their game last night with Newcastle United.

As well as listing the names of each of the victims of that terrible day, a young boy and girl, dressed in Everton and Liverpool kits and with a nine and six on their backs, held hands in the middle of the pitch. Applause rang out around the ground as the Hollies ‘He Ain’t Heavy, He’s My Brother” was played in the stadium. A touching and emotional tribute indeed. 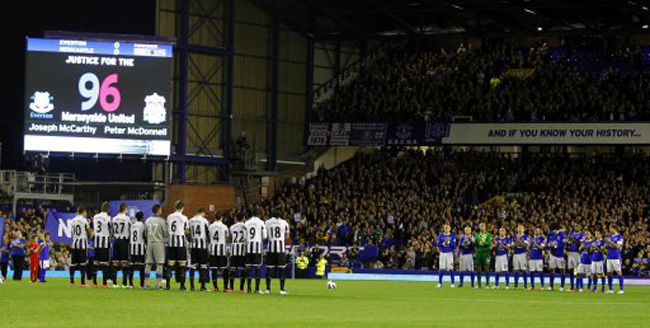