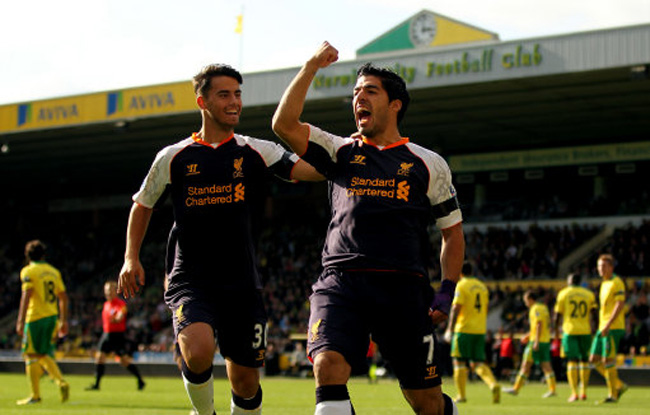 Luis Suarez came back to haunt Norwich on Saturday, netting his second hat-trick in two visits at Carrow Road. Overall, the Reds totally dominated against a feeble home side who look as though they may well struggle this season.

As well as banging in his three goals, Suarez also set up Nuri Sahin for his third goal in two games, while Steven Gerrard netted the fifth of his side’s five goal midway through the second-half.

Steve Morison and Sub Grant Holt nabbed a couple of consolation striks for the Canaries, but it was all they deserved from a dismal display. As for the Reds Liverpool, they finally registered their first league win of the season, while youngsters Suso and Andre Wisdom will have impressed manager Brendan Rodgers on their Premier League debuts.