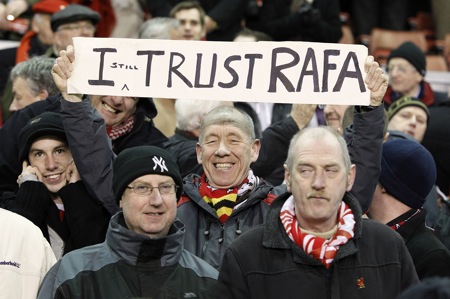 Rafa Benitez has promised on more than one occasion that Liverpool will finish in the top four this season. Last night’s impressive 2-0 win over Spurs adds weight to the Spaniard’s bold promise.

Liverpool now lie sixth with 37 points, just one point behind Tottenham and Man City (fourth and fifth, respectively). Of the quartet of clubs in with a realistic chance of finishing fourth, I’d back Liverpool (as I did earlier this season) ahead of Aston Villa, Man City or Tottenham.

I put the same simple question to y’all: where do YOU think Liverpool will finish?