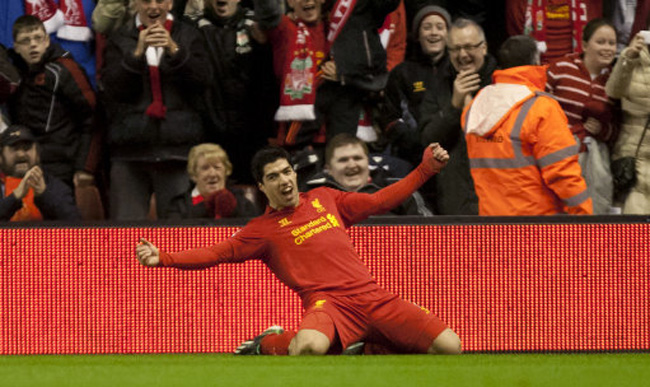 With new-signing Daniel Sturridge watching from the stands, Liverpool hitman Luis Suarez produced yet another superb display as the Reds comfortable dispatched Sunderland.

The Uruguayan netted a brace, on 26 and 52 minutes, but only after youngster Raheem Sterling produced a lovely lob to open the scoring in he 19th minutes.

Martin O’Neill’s men had started the game brightly and continued to press after the break, with Matthew Kilgannon denied by Pepe Reina. But ultimately, the home side deserved their win as the superb Suarez once again lit up Anfield.