With Liverpool in town on Sunday for the FA Cup third round, Mansfield have paid a small tribute to the victims of the Hillsborough disaster by putting the names of the 96 people who died on that tragic day on 96 seats between the home and away fans that will be purposefully left unused during today’s game at Field Mill… 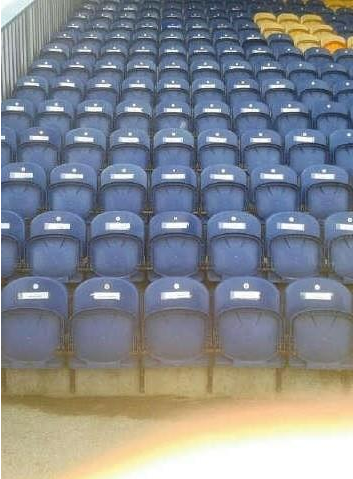 “We wanted to do something in light of what has happened this year in terms of Hillsborough and as it’s been so long since the two sides met.

“One of our fans suggested we place a name on each of the empty seats in the segregation section of the stadium. The idea sent shivers down my spine. It was an amazing idea.”