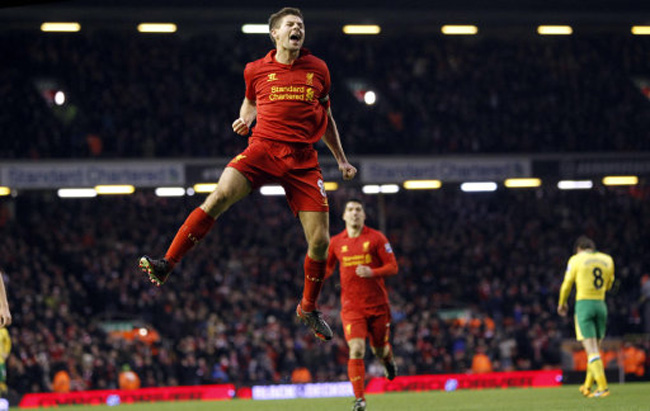 Starting together for the first time, Liverpool forwards Luis Suarez and Daniel Sturridge instantly clicked against a poor Norwich side at Anfield.

Both players netted a goal each but it was their blossoming partnership which will have Liverpool fans excited about the future.

Jordan Henderson had opened the scoring for the home side on 26 minutes, courtesy of a fine strike from the edge of the box. And with Suarez adding a second before half-time, after a clever dummy from Sturrdige, the Reds were well on their way to victory by the break.

In the second-half, Sturridge, Steven Gerrard and an own-goal from Ryan Bennett wrapped up the Anfield romp as Chris Hughton’s Canaries failed to impose themselves at any stage of the game.