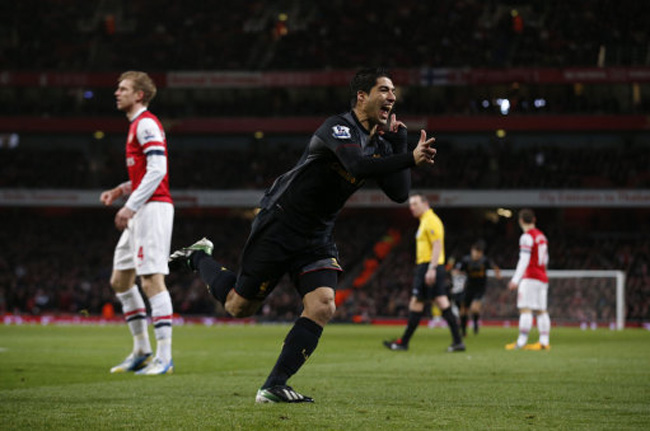 Shocking defending has been a trademark of Arsenal’s season so far anad against Liverpool on Wednesday night, the Gunners’ backline once again handed two goals to the visitors.

To be fair to Liverpool, they started the better of the two sides, with Luis Suarez dictating the play from the left flank. Indeed it was the Uruguayan who opened the scoring, courtesy of a deflection after Bacary Sagna and then Thomas Vermaelen messed up (yet again).

After the break, Andre Santos, on for the injured Kieran Gibbs, failed to adequately defend a Jordan Henderson sortie, with the midfielder doubled his side’s advantage.

The home side suddenly decided to wake up and started to dominate the game and a goal eventually came, courtesy of the in-form Olivier Giroud. The Frenchman then set up Theo Walcott who blasted home to level the scores.

Arsenal had chances to win the game although Liverpool were still a danger on the break but ultimately it was probably a fair result which leaves both sides outside the top five.