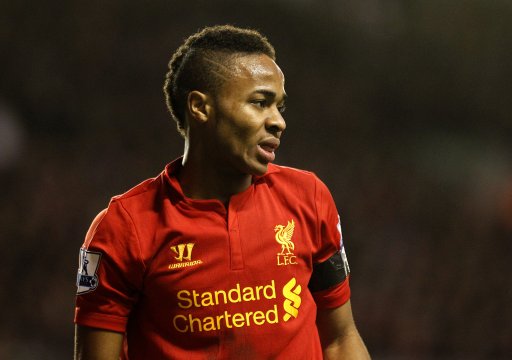 According to The Daily Star (we know that’s not a good start), Raheem Sterling is planning to funnel a substantial wodge of his new £40,000-a-week Liverpool contract into seeing that the kids in the village he was born in on Jamaica get a decent education.

He may have an England cap to his name, but Sterling was sired and raised for the first five years of his life in Maverley, an impoverished suburb of Kingston and, with a little coercion from his mum, is planning to give something back to the neighborhood that made him before he emigrated to north west London in 2005.

Speaking about his decision to pick England over Jamaica at international level on a trip back to the Caribbean island, Sterling said: “My mother agrees with my decision and all is well. But I will be giving back to Jamaica where I began.”

His mother, Nadine, then backed up the quote, telling a Jamaican newspaper about her son’s plans for his old stomping ground:

“Raheem is definitely a positive influence. He was born and bred in Maverley. I started suggesting to him it would be great to go back to Jamaica and talk to the kids about working hard for success and not giving up on their dreams.’”

Again, according to The Star, there are also plans for Sterling to open a football academy in Maverley in the near future too.

So it seems that Raheem Sterling is not entirely the 18-year-old father-of-five-by-seven-different-women, product-of-a-broken-society tabloid demon that he’s made out to be (he actually has one kid by one woman).

That said, he’s been charged with assaulting a woman in Toxteth today, so hey ho.