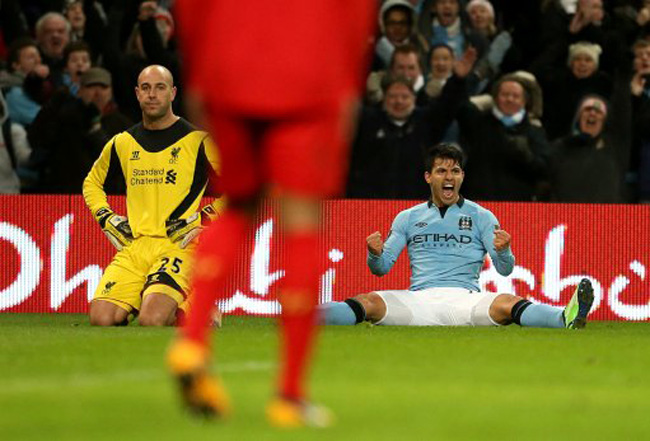 Manchester City lost more ground on league leaders Manchester United after only managing to draw with Liverpool at the Etihad Stadium.

City had taken the lead through Edin Dzeko on 23 minutes, but the home side never looked in control and it only took Liverpool six minutes to reply. The goal, a fine effort from former Citizen Daniel Sturridge, was  somewhat controversial, after the Reds had failed to put the ball out of the play when Dzeko went down injured. However, with referee Anthony Taylor deciding not to blow up, the visitors were more than entitled to play on.

After the break, both sides pushed for the winner and it was Steven Gerrard, who has been in superb form for the Reds of late, who crashed home a fantastic trademark long-range effort on 73 minutes to put his side ahead. However, just five minutes later, Sergio Aguero capitalised on Pepe Reina’s walkabout before netting from what looked like an impossible angle. And 2-2 it would stay until the final whistle.

City are now nine points adrift of Man Utd at the top of the table while the Reds are seventh, five points behind Arsenal.