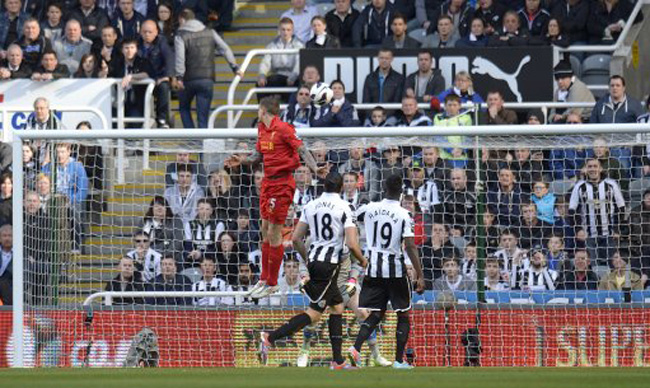 Any fears Liverpool fans may have had about how their side would perform without the services of the suspended Luis Suarez were put to bed in clinical fashion at St. James’ Park on Saturday, with the Reds totally annihilating Alan Pardew’s sorry Magpies.

All eyes were on Daniel Sturridge, the man given the rather weighty task of replacing long-term absentee Suarez, but the former Chelsea man duly delivered, netting a brace. Jordan Henderson also netted a couple in a fine performance from the former Sunderland player against his old rivals while Daniel Agger (with the first of the game) and Fabio Borini (with the last last) also found the back of the net. Another star for Liverpool was Philippe Coutinho, who scampered and schemed all afternoon.

As for Newcastle, they were all at sea at the back without Fabricio Coloccini and looked a side devoid of discipline or shape.  Indeed, they were forced to play the last 15 minutes with 10 men after Mathieu Debuchy saw red for a second bookable offence.

The Magpies now also find themselves just five point clear of the drop-zone, having played a game more than 18th placed Wigan. Worrying times for the Toon Army.