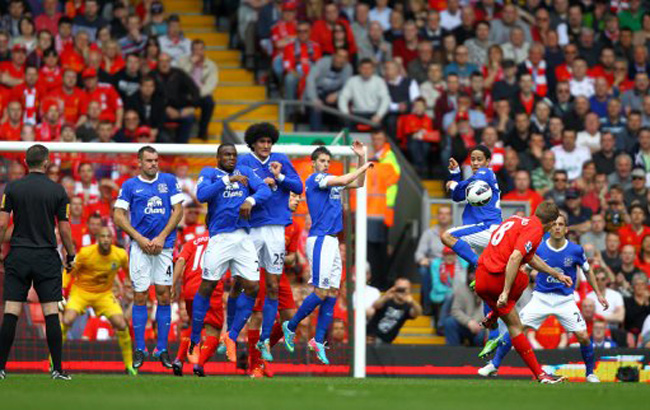 Five points now separate Everton (in fifth place) from rivals Liverpool and with just two games remaining for each side, the blue half of Merseyside look set to finish above their neighbours.

Despite the lack of goals at Anfield, both sides did have chances to break the deadlock, with Daniel Sturridge and Steven Gerrard going close for Liverpool and the under-rated Sylvain Distin having a goal disallowed in the second half. David Moyes was furious with the officials for chalking off the goal after Victor Anichebe was adjudged to have fouled Pepe Reina in the Liverpool goal.

Brendan Rodgers side looked the more likely to find a winner as the contest unfolded but ultimately both side would have to be content with a draw.