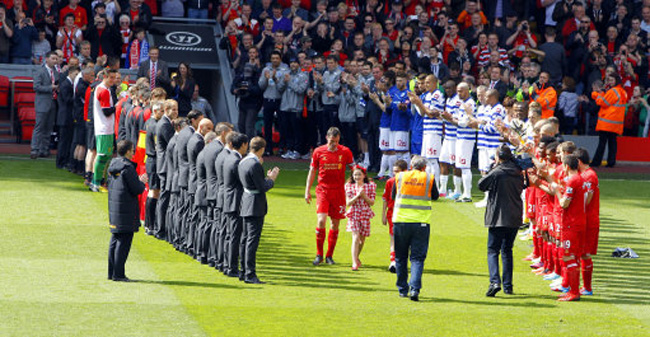 Brazilian imp Philippe Coutinho was once again the star of the show for Liverpool, with the schemer netting a superb long-ranger goal to secure a 1-0 win for the Reds.

Jamie Carragher was making his final appearance for Liverpool and almost topped it with a wonder striker, only for the effort to come back off the post.

While Carra retires the future looks bright for the Reds. QPR, on the other hand, have a lot of hard work ahead of them.