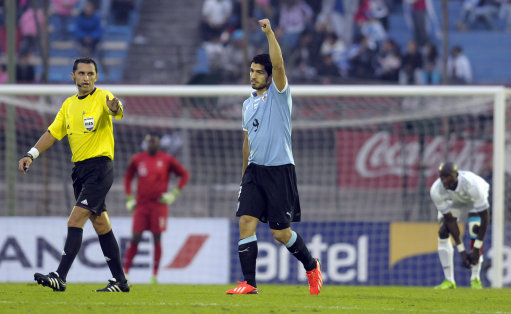 The Premier League’s pantomime villain-in-chief, Luis Suarez, bagged a rather fine goal against France in Montevideo on Wednesday night.

Outmuscling Porto youngster Eliaquim Mangala, second-half sub Suarez finished superbly with the outside of his right boot to give Uruguay a 1-0 win.

Liverpool fans will no doubt be hoping he sticks around long enough at Anfield to net a few more crackers for the Reds next season.

Oh, the video has no sound, so you’ll have to make your own crowd noises.