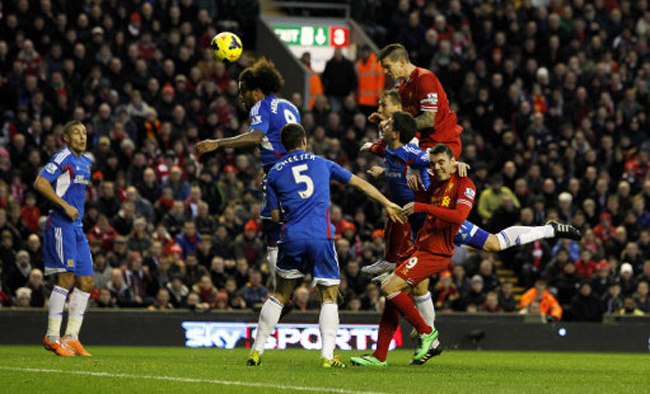 A header from Daniel Agger and a superb free-kick from Luis Suarez secured another three points for Liverpool on New Year’s Day, as the Reds coasted to victory against Hull. The home side dominated the game against a Hull City that look knackered after a busy Christmas period. The return of Steven Gerrard in a second-half cameo role was an added boost for Brendan Rodgers’ side who keep the pressure on table-toppers Arsenal.