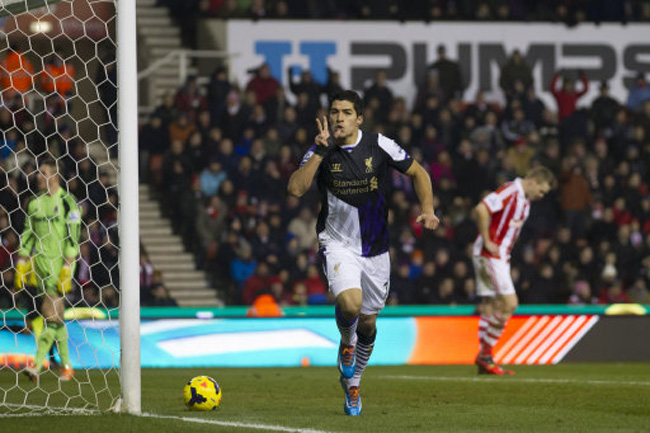 Liverpool put fice past Stoke on Sunday in a goal-fest at the Britannia. An own-goal from Ryan Shawcross gave the visitors the perfect start Luis Suarez put the Reds in pole position on the half-hour mark. However, the Potters rallied before half-time, with goals from Peter Crouch and Charlie Adams seeing the sides go in all square at the break. In the second period, a Steven Gerrard spot-kick, a second from Suarez and a late strike from Daniel Sturridge secured  the points for Brendan Rodgers side, despite a reply from Jonathan Walters late on. The Potters did their best to match the Reds but defensive errors hamstrung any attempts to get something out of the game, with Stoke staying 12th. Liverpool, on the other hand, now find themselves five points behind leaders Man City.