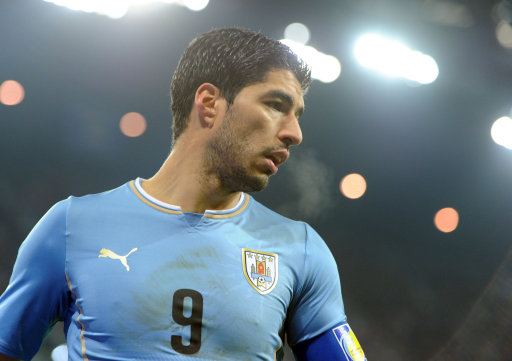 Judging by media reports emanating from Uruguayan sources this morning, it would appear that Luis Suarez will be undergoing emergency surgery today after injuring his knee while training with his national side – thus putting his World Cup in jeopardy.

According to broadcasters Tenfield, Suarez is due to have keyhole surgery later this morning to repair damage to his meniscus suffered during a training session.

The injury, while untimely, is not thought to be overly serious – with Suarez’s recovery period estimated to be roughly three weeks.

Unfortunately for the newly-crowned PFA and FWA Player of the Year, the World cup itself is due to start in exactly three weeks’ time – though Uruguay’s first game (against Costa Rica) is two days later on June 14th.

It seems that, like Suarez, we’ll just have to wait and see.