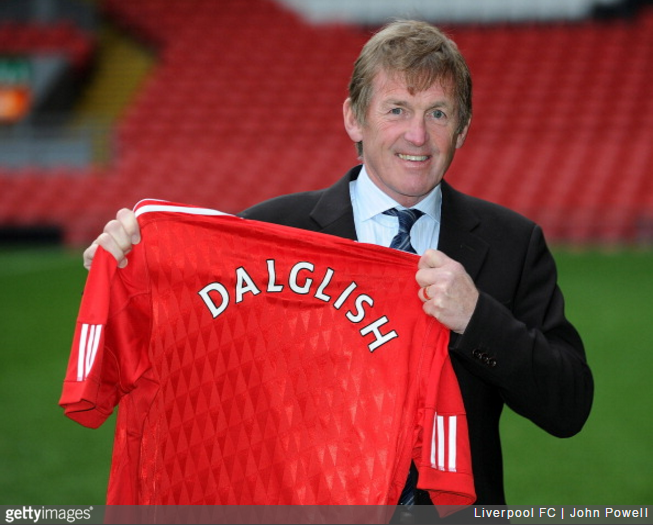 With the team floundering, morale low and players in revolt, Liverpool decided to sack manager Roy Hodgson on 8th January 2011 and turn once again to club legend Kenny Dalglish.

Dalglish had been one of the finest creative forwards in the game for Liverpool between 1977 and 1990, and served as player manager for the last five years of that spell.

He’d spent one more season as full-time gaffer, but stepped down citing stress in February 1991.

Dalglish had also made sure the club was represented at every one of the funerals of the fans who died at Hillsborough, attending many himself. That had added to his standing with the club’s fans, but also added to the enormous weight he was carrying on his shoulders.

However, it wasn’t long before Dalglish began regretting his decision to quit, craving the Anfield circus again despite taking Blackburn Rovers to the Premier League title in 1995 and taking both the Newcastle and Celtic gigs in the interim.

By 2009, he was back at Liverpool working with the youth academy, then helped the club target and appoint Hodgson (but only after putting himself forward for the vacancy and being rejected) after the sacking of Rafa Benitez at the end of the 2009/2010 season.

That didn’t work out, and the club turned once more to their in-house living legend in 2011.

The following year he took the Reds to League Cup victory in a dramatic game against Cardiff, but form in the league did not improve and, just months later, King Kenny was dethroned.

The club said: “We need to make a change”. Four years on, that change is still being made.