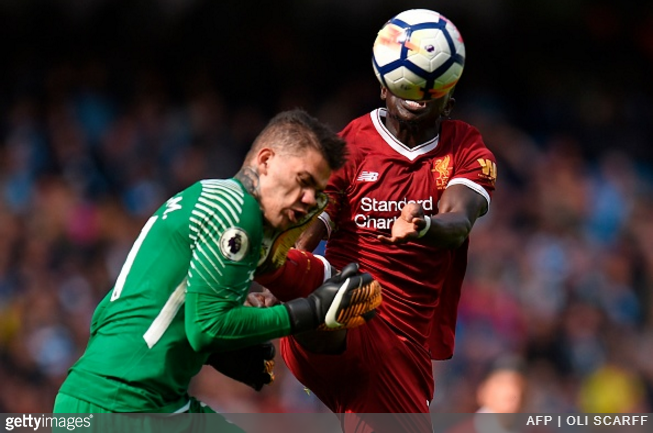 As you may have heard, Sadio Mane was shown a straight red card during Liverpool’s heavy defeat to Man City on Saturday for leaving an imprint of his studs in Ederson’s left (facial) cheek.

A seemingly lifeless Ederson received almost 10 minutes of treatment on the pitch before being administered gas and air and being carted away on a spinal board and rushed to City’s on-site medical facility to check for fractures, only for the Brazilian ‘keeper to return to the dugout after half-time with a sticking plaster on his face.

A lot was made of the no-doubt painful incident, with fans and pundits lining up to admonish and acquit Mane in equal measure, though a red card for kicking an opponent in the head, even unwittingly, seems like a perfectly rational outcome to us.

Regardless, Mane proved he isn’t history’s greatest monster by issuing a personal apology to Ederson on Facebook after the game, wishing the City stopper a swift and full recovery…

Nice, compassionate touch from Mane and, y’know, we have a sneaking suspicion that we’ll see Ederson back on a football pitch before too long.