North Korea. Hundreds of executions a year. China’s one true friend. Sitting on The Bomb. No free discourse. Starvation rations. I considered moving there a couple of years ago, because Liverpool almost won the league. To my mind, it was the one place I could bear to live in because it would be the only place I wouldn’t hear about the grotesque celebrations if they’d manage to win. If they’d won, they’d have demanded even Jan Molby get an OBE in recognition.

Happily, they didn’t win, and I still enjoy the dubious benefits of Britain. The only thing more enjoyable than their defeat in the league has been the sustained, joyless meltdown on Merseyside. I don’t know if I enjoy the repetitive delusion or the intermittently crushing realisation of hopelessness of the fans more. Luckily, I reckon there’s a fair few more years of this to enjoy. What’s Scouse for schadenfreude? 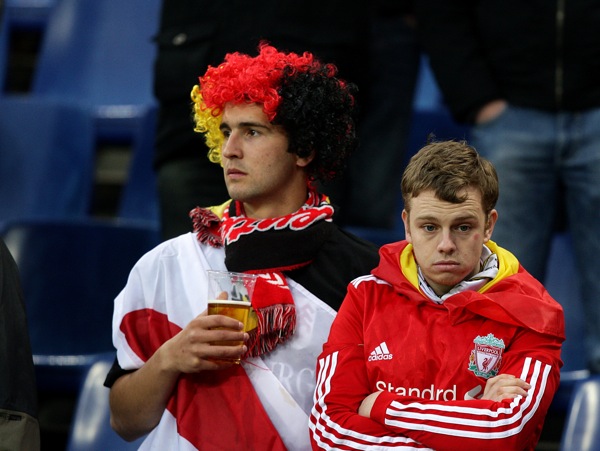 After initially clinging to fatuous justifications why Liverpool’s Takeover was different, the fans have had to come to terms with the fact that Liverpool’s Debt counts for exactly the same as every other club’s. That debt stands at £351.4m.  Their loss last financial year: £54.9m.

On the plus side, Champions League revenue is always expanding. It’s UEFA’s heartbeat. Less luckily for the Reds, Liverpool are in the Europa League, truly the mid-table mediocrity (the Liverpool?) of competitions. Even if they win the pot, the pittance they’ll get for it means they won’t even be able to summon up the proverbial piss for it.

Of course, given that their best players, Fernando Torres and Javier Mascherano, are committed to doing one, they might raise a bit of cash that way. They’ve already started anticipating spending what they’ll be able to afford after that, so they’ve bought Joe Cole – a ‘cockney twat’ according to some Liverpool fans. On a free. 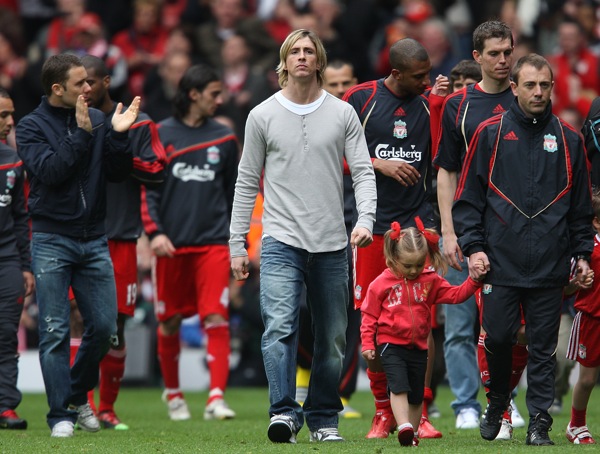 Some positive news is that Fernando Torres, a man who looks like an angry Alan Partridge, will probably stay for another year. If you can see past his inability to impose himself on any accomplished side and his dodgy fitness record, he’s an occasionally beguiling player. To Liverpool’s benefit, if you look at his time at Anfield and Atletico Madrid and compare it to his World Cup performances, he only seems comfortable as the big fish in a rapidly shrinking pond, garnering praise for self-defeating loyalty. A lot like Liverpool fans, I suppose. 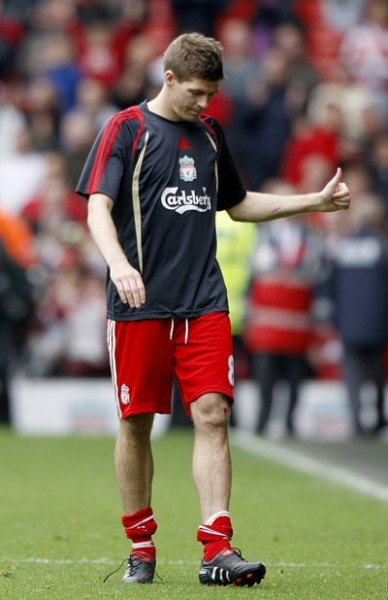 Conversely, they’re clearly going to have to put up with Steven Gerrard for life. Standing there, looking frustrated, hands on hips and head freakishly furrowed in an attempt to let everyone know that it’s Not His Fault.

For fifty games a season Gerrard egotistically holds back superior players and bullies his bosses into subservience. He realises, as do Real Madrid and Jose Mourinho, that he’s shot his bolt. It’s a tragedy for club and country that we never took advantage of his finest displays on a football pitch being at right-back, where a lack of brains and a will to run are the perfect qualities. Better yet, it would have meant we wouldn’t have another hapless Liverpool player, Glen Johnson, anywhere near an England shirt. Whisper it, because you’ll cry tears of happiness if you hear it too loud, but it would even mean we could see Jamie Carragher stewing, relegated to the bench.

This would all be supremely enjoyable – better than a Vernon Kay obituary – if it wasn’t for one thing. I’m a Manchester United supporter. I get to look at Liverpool and think, ‘That’ll be us in two years.’