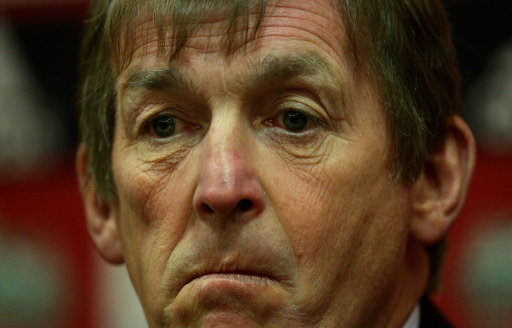 The recent return of Liverpool’s messianic regent, King Kenneth of Dalglish, to the Anfield fold may have been enough to make full-grown Scousers lose control of their giddy bladders, but the man himself is keen to quell the ‘honeymoon’ atmosphere currently engulfing the club – insisting that the club’s supporters would be wise to begin lowering their newly re-inflated expectations:

“We have got to manage expectations. At the moment it’s a wee bit romantic, to be honest.”

“The romance is brilliant, it’s romantic for me to be back, and it’s a wee bit romantic for some of the supporters as well, but at the end of the day this game isn’t built on romance, it’s built on hard facts.

“The hard fact of the matter is we have got to start winning games. Once we get the romantics out [of the way], we can get to work and see what happens from there.”

You heard the man. SHUT UP!