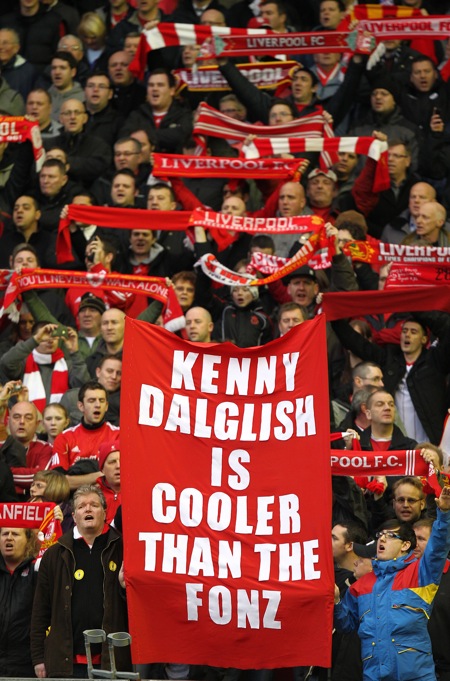 Kenny Dalglish kicked off his obligatory press conference this morning by asking Sky Sports’ Vinny O’Connor if he was comfortable sharing the room with a female journalist. Zing! Kenny rules OK – and he reads the papers.

Kenny’s daughter Kelly is a football journo – and a good one too – who once worked with the charming Andy Gray and Richard Keys (more on those two later today), so I’m sure the Dalglish family know all about what goes on behind closed doors/mics at Murdoch Towers.

In other LFC tittle tattle, Dalglish revealed that Ryan Babel is going nowhere, literally (and, in terms of his career, metaphorically). “He is staying here,” said Dalglish, that twinkly grimace on his wee Scottish face. So no Ajax move for Mr Twitter.