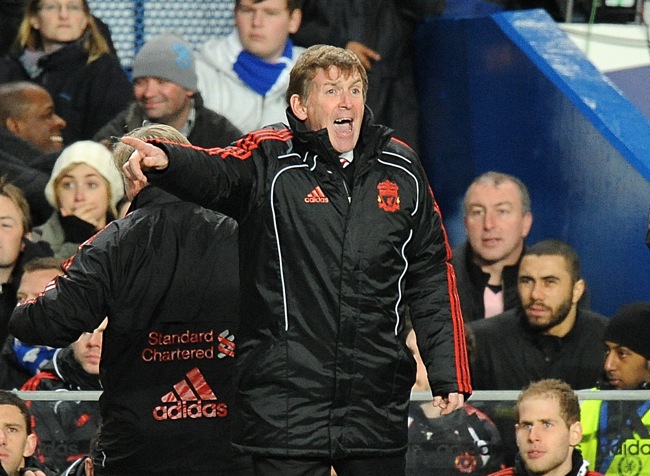 Liverpool’s interim messiah Kenny Dalglish is remaining coy on the prospect of being handed the job on a full-time basis, despite growing clamour from the club’s supporters.

Thanks to Maxi Rodriguez’s tidy close-range finish a deceptively effortless close-range swipe from the in-form Raul Meireles, Liverpool left Stamford Bridge with all three points last night, with their fourth straight victory seeing them climb to sixth in the Premier League table – though Dalglish is refusing to get carried away just yet:

“I’m only doing what I said I would come in and do, which is help. I’ll never stand in the way of progress at this football club.

“That’s where we stand at the moment and until there is more to discuss, that is where we are.”

King Kenny then aimed a barb at the recently departed Fernando Torres, who endured a largely turgid Chelsea debut – struggling against Liverpool’s stoic three-man central defense and failing to ‘hit the ground running’ in Carlo Ancelotti’s hastily re-jigged forward line before being hauled off after 65 minutes:

“Torres? Well, put it this way, I do not think any of their forwards had a day which they will be happy with.”

After the game Ancelotti conceded that his new £50 million trinket will need ‘time to adjust’ though, for now, Nando’s fledgling Chelsea career can be summed up in one photo and one photo alone… 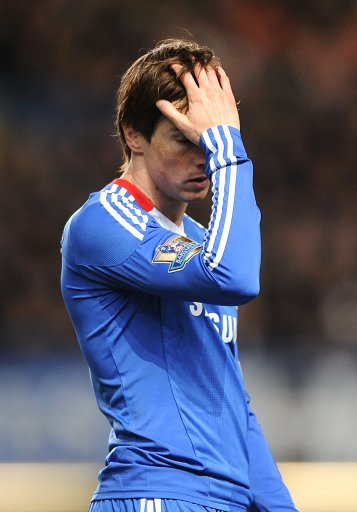