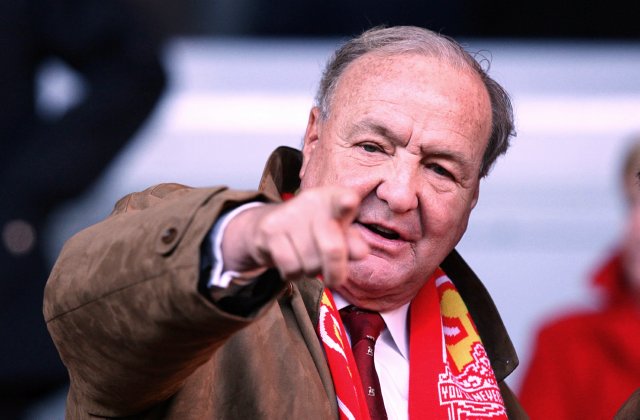 Liverpool have released a statement on behalf of their current owners Fenway Sports Group (formerly NESV), former creditors the Royal Bank of Scotland and former chairman Sir Martin Broughton in to express their collective delight at hearing that ‘swindled’ former owner (his words, not mine) Tom Hicks has been thwarted once again in his bid to sue the club for over £140 million’s worth of damages – i.e, the money that the Texan tycoon claims to have been short-changed by when he was forced to sell the club to FSG for £300 million back in October.

A High Court ruling means that Hicks is currently unable to pursue legal action in his native America without the expressed permission of an English court and, though the rootin’-tootin’ businessman has been trying to get Mr Justice Floyd’s injunction overturned from his deep within his secret lair for the last three months.

However, news has filtered through this afternoon that Mr Justice Floyd has upheld his ruling and basically instructed Hicks to, if you’ll forgive the tricky legal terminology, take a long walk off a short pier.

“We are delighted that Mr Justice Floyd has granted the applications requested by Sir Martin Broughton, RBS and NESV and that the anti-suit injunction prohibiting the former owners from commencing legal actions against these parties outside the EU has been upheld and clarified.

“Sir Martin (Broughton), RBS and NESV continue to maintain that there is no basis to challenge the propriety or validity of any actions by them or any of those involved on their behalf in the sale of the club.

“They will continue to take all steps necessary to defend vigorously any litigation threatened or commenced by the club’s former owners.”

And so said Justice Floyd:

“I think the time has come when they need to state their case or accept that they do not have one.”

Yeah, take that Hicks, you goblin.