With Andy Carroll still not allowed out in public without adult supervision between the hours of 1900 and 0900 under the terms of his bail, the onus apparently fell in Liverpool manager Kenny Dalglish’s lap to chaperone his new £35 million signing to Boyzone’s concert at the Echo Arena last week.

Big fan of Ronan and co. is our Andy – just look at the smile on his face – Kenny, not so much… 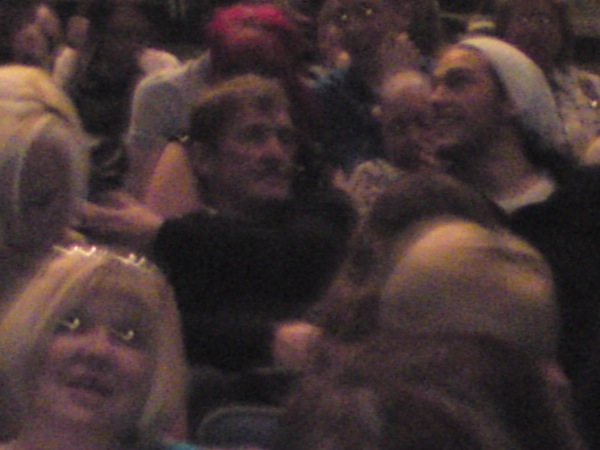 Thinking about it, it’s a good job Steven Gerrard didn’t tag along as well. You know what he’s like when they won’t play him a bit of Phil Collins.

In a snippet of other Carroll-related news – it’s being touted this morning that the big man may be available to make his Liverpool debut this weekend, with several papers suggesting that his recovery from a thigh injury is well ahead of schedule and that a place on te bench against West Ham on Sunday isn’t completely out of the question.