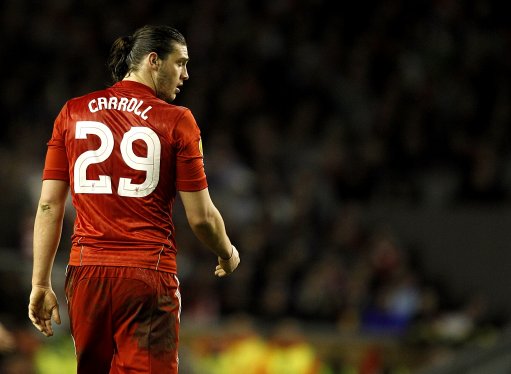 I was going to rustle up some pictures of last night’s Europa League second leg fixture between Liverpool and Braga but (a) it’s Friday and I frankly can’t be arsed with the rigmarole and (b) I was wary that 15 photos of Dirk Kuyt getting caught offside may get a tad repetitive.

Fair to say that ‘Pool’s best bet of landing European football next season was to win this year’s Europa League and, thanks to a rather dull, Plan B-less (Plan A: sling it in to Carroll, Carroll pulls it down for Kuyt, Kuyt is offside) stalemate at Anfield, it will be the Portuguese side that are entered into the draw for the quarter-finals by virtue of their 1-0 aggregate win – leaving Kenny Dalglish’s side chasing fifth spot in the Premier League if they have any hope of playing Thursday night football next term.

“You need to be really strong creatively if you are going to break down a very organised side, or you need a bit of luck…like every other team in the world we could do with a bit more creativity but we are no different than anyone else.”

Liverpool are currently six points behind Tottenham who reside in fifth spot, with nine games left to play – though Spurs have a game in hand.

Fancy there chances of pipping ‘Arry into next year’s competition? Does it even matter?