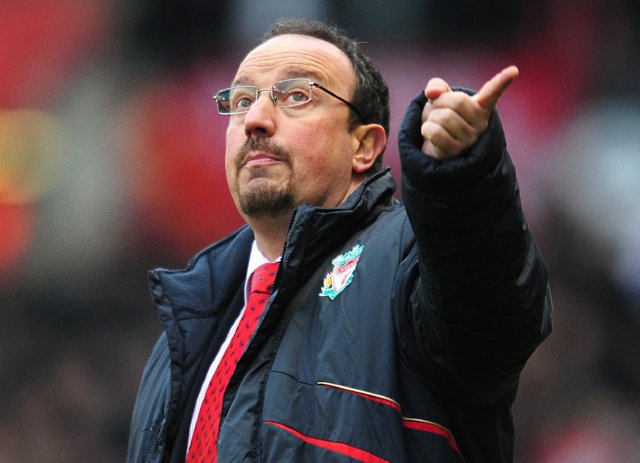 Former Liverpool manager Rafa Benitez has admitted that he still harbours dreams of returning to the club at some point in the future.

Benitez, who has been out of work since leaving Inter Milan under a cloud just before Christmas, told Sky Sports News this very morn:

“I am really proud of being the manager of Liverpool Football Club and I would like to come back in the future – though you never know when, because Kenny is doing a really good job.

Benitez also let it be known that he is prepared to listen to offers from English clubs, with a couple of obvious exceptions:

“Fans in Liverpool know the teams I would not go to, but I think these clubs wouldn’t offer me a job anyway.

“I’m a professional but obviously some clubs I would not go to, especially the big rivals of Liverpool. I won’t say the names, but it’s not difficult!”

What with Jose Mourinho sending a love letter to the Premier League yesterday, if you close your eyes and dream hard enough it could almost be 2006 all over again!

So, the chin-scratcher goes out to the Anfield faithful (especially the die-hard ‘Rafa is God’ brigade) – considering Dalglish’s impact on the second half of  Liverpool’s formerly-wretched season, would you still take Senor Benitez back over King Kenneth?