Pies found the following photo on our doormat this morning, with a note attached claiming it to be a leaked photo of Liverpool’s new away shirt for 2011/12… 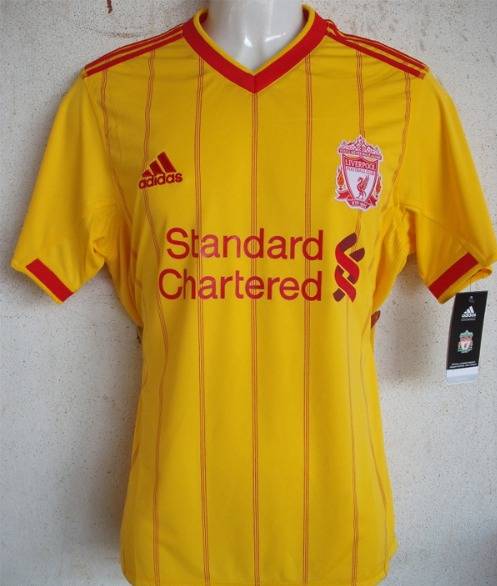 To be honest, we’ve got no idea whether it’s phonier than a Gaddafi cease-fire or if it’s actually the genuine article – although it seems that the ‘white and blue’ effort we posted a couple of weeks back has now been debunked as a photoshop job.

What say you Liverpool fans? Supposing it is the real deal, do you fancy a return to the custard yellow strips of yesteryear?