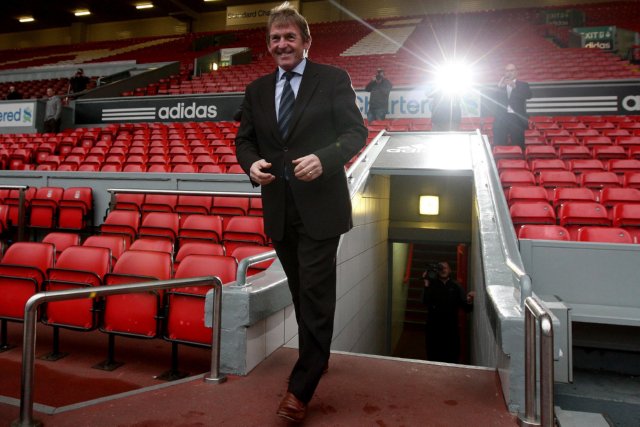 Word on broadsheet street this afternoon is that Liverpool are all but set to offer Kenny Dalglish the full-time manager’s gig at Anfield, with the Independent going as far as reporting that the news should be forthcoming at some point within the next ten days.

The consensus seems to be that a contract is all but drafted, though there are still a couple of loose ends that need tying up – with Dalglish apparently adamant that he should have the final say on the club’s transfer dealings and John Henry and co. not so keen to hand over the purse strings.

However, the Indy also reckon that, because the King has transformed Liverpool from a bunch of bumbling clouts into a half-way watchable side in the space of five months, it’s almost a foregone conclusion that the Scot will get his way before next weekend rolls around.

Kenneth’s full-time appointment may have been an inevitability after such a grueling start to the season anyway, but I suspect that this may be sweet, sweet music (think The La’s crossed with Echo & The Bunnymen crossed with Shack) to the ears of the red-hued Scousers of this world.