Adidas has just this very minute (quite literally!) released the first batch of photos of the new third strip that Liverpool will be wearing throughout the 2011/12 season and, as you have probably gathered, it’s both white…and blue… 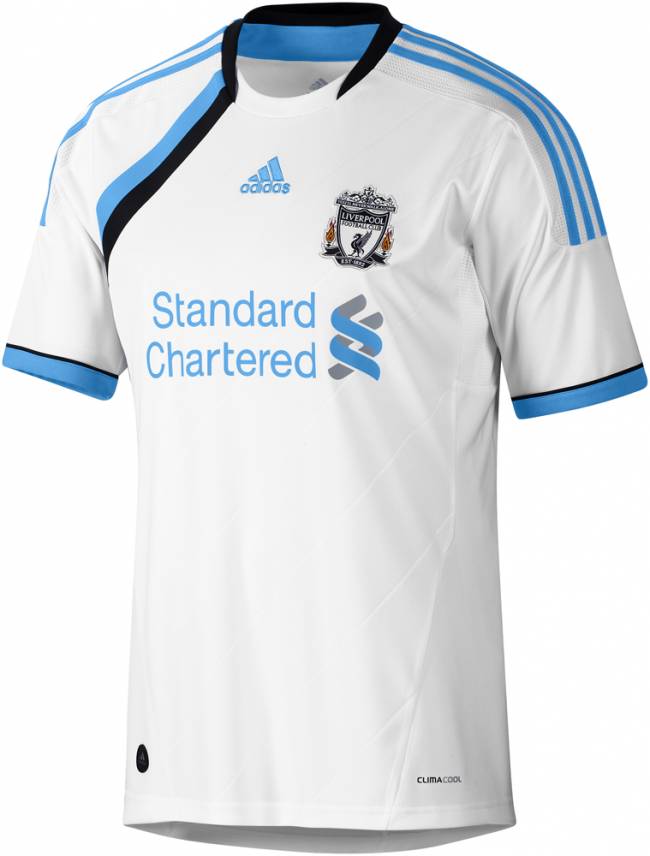 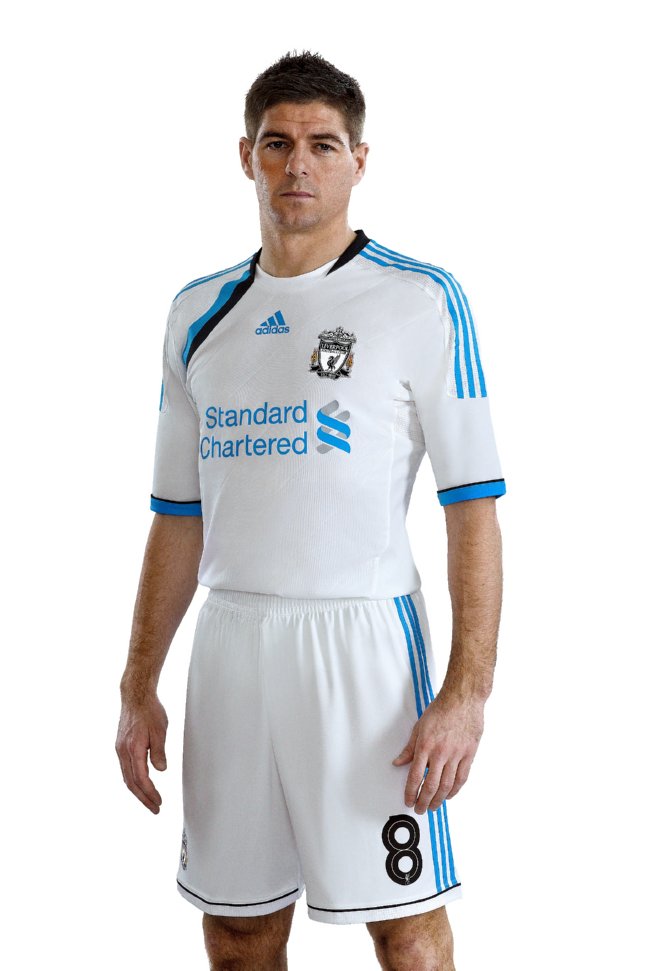 For what it’s worth, we like it – though the cyan blue trim is sure to raise more than a few eyebrows on Merseyside.

Apparently the colourway is a nod to the club’s original Blackburn-esque home strips at the tail-end of the 19th century, long before Shanks waded in and turned the whole shebang completely red back in 1964.

What, pray tell, do all the Kopites out there make of all that then?

Fancy bagging yourself one? The kit is available for a cool £50 (£40 if you can squeeze into a child’s size) from Liverpool’s official online store.

New Liverpool Away Kit Is Black, Silver And Very Classy