Liverpool’s impressive start to the season came undone at the Britannia stadium, courtesy of a spot-kick from Republic of Ireland international Jonathan Walters. However, King Kenny was left fuming over both the decision by referee Mark Clattenburg to award the first penalty and his decision not to give one to Liverpool after Matthew “Matty” Upson handballed in his own box. The ever baseball capped Tony Pulis started with beanpole hitman Peter “Crouchy” Crouch, and can now look forward to taking his brand of “passionate” football to the Europa League proper on Thursday. 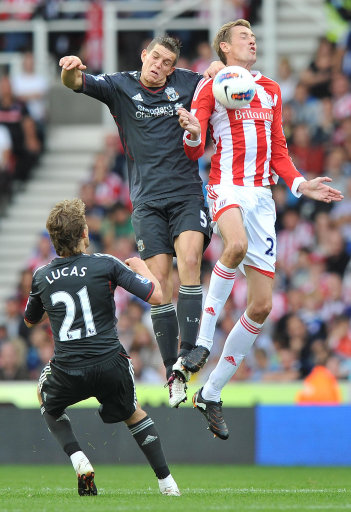