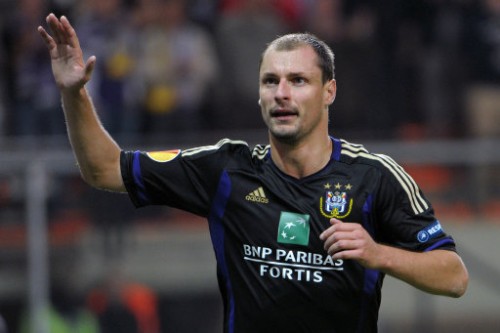 He may not have made much of an impression at Anfield, but Serbian attacker Milan Jovanovic is certainly causing a stir in Belgium.

The Anderlecht player faces a whopping five-year ban after firing an imaginary machine gun at opposition fans during a goal celebration in the clash with Bruges last month. Apparently the Belgian authorities don’t take kindly to such silliness and are now pondering taking the 30-year-old striker out of action for a career-threatening five years.

You can see the brief machine gun action on 1 min 47 secs.  Jovanovic also defends his actions in the interview following the match footage.