King Kenny’s Liverpool side battled hard to end a disappointing run of two league defeats in a row against  a decent Wolves side.

Wolves’ summer signing Roger Johnson opened the scoring with an unfortunate own-goal before Luis Suarez made it two before the break. Despite the best efforts of the visitors, and a second-half strike from Steven Fletcher, they couldn’t get the equaliser they arguably deserved.

The icing on the footballing cake for the Reds was the return of captain Steven Gerrard to Premier League action, courtesy of a late cameo appearance. 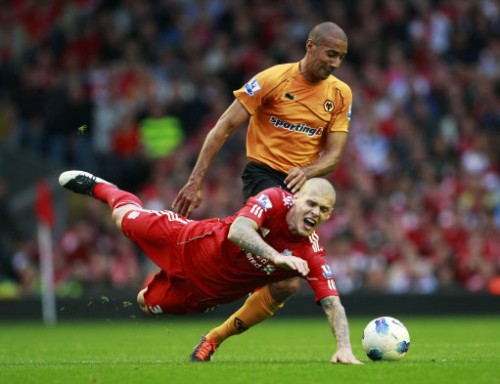 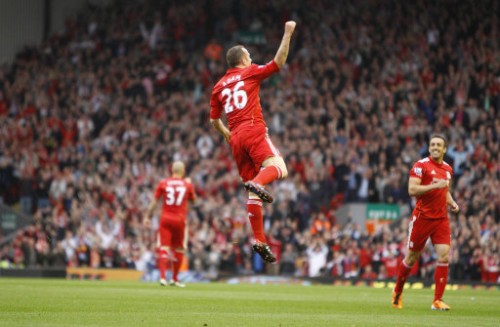 He of the most annoying nickname in football – “Carra”, rises above Steven Fletcher 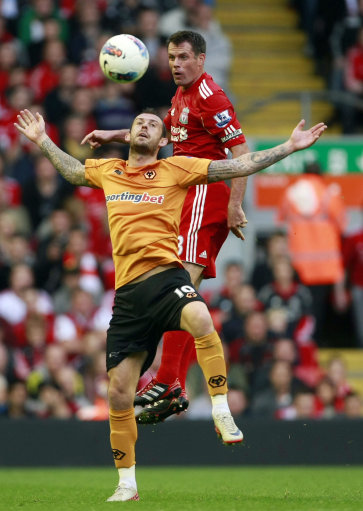 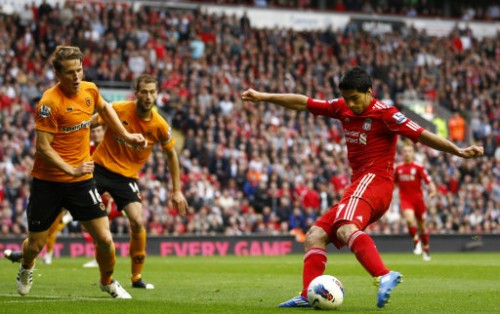 After scoring, Steven Fletcher celebrates in the trademark football way – by dedicating the goal to Frank Lampard’s mum 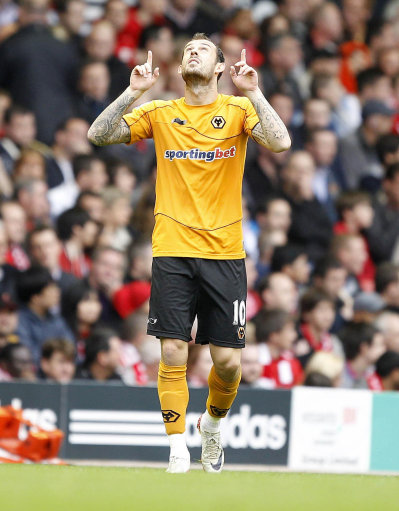 Dalglish tells his players to elbow their opponents 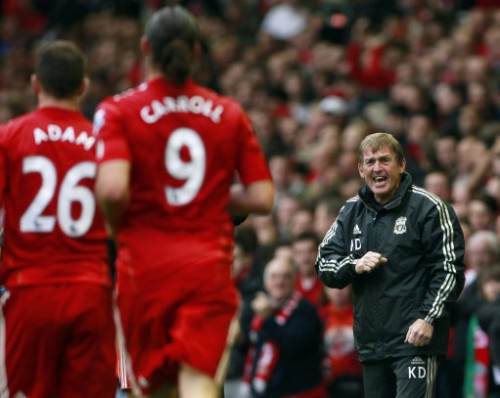 Stevie G is back on the scene 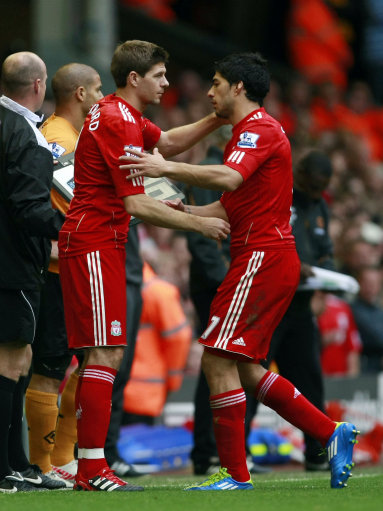 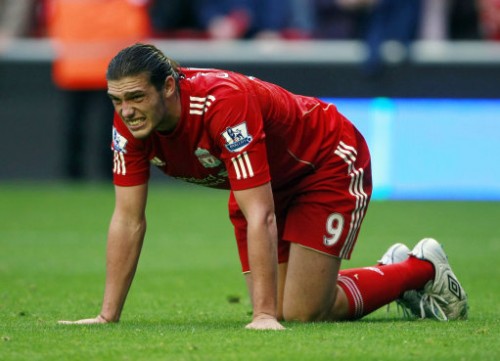