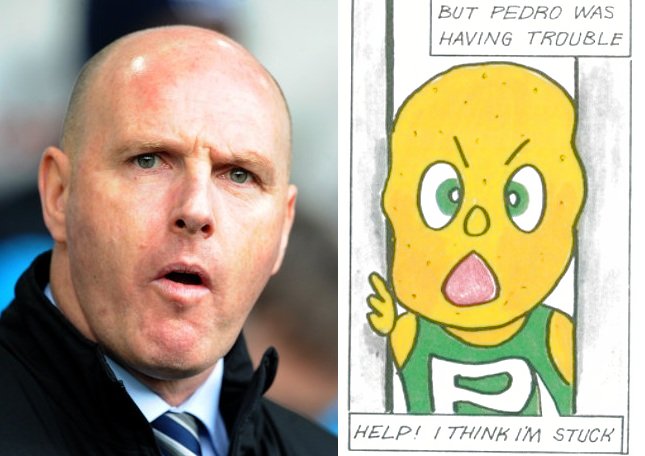 Pedro is a friend of former World Cup mascot ‘Naranjito’, and once helped his pal save the 1982 World Cup final from being blown to smithereens by the evil Dr Mantis – though not before getting his head stuck in an automatic lift door.

Got a Shit Lookalike for Pies? Email it to us at waatpies@gmail.com or Tweet us on @waatpies you silly goose!