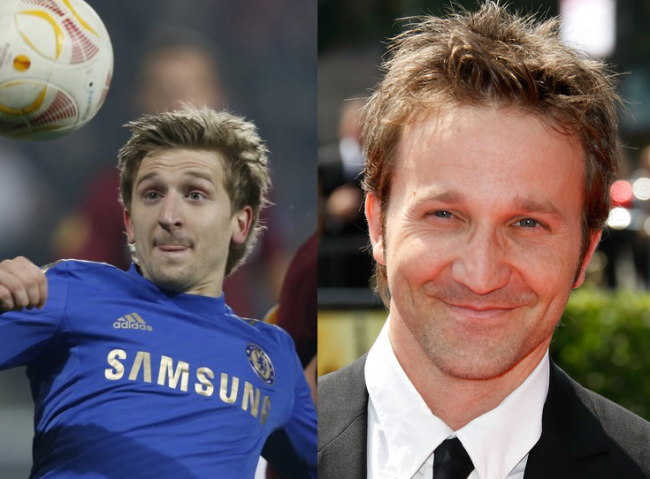 Marin is Chelsea’s pocket dynamo, used mainly for warming the dugout at the moment.

Meyer is a true Hollywood titan and star of Clueless, Garfield, Garfield: A Tale of Two Kitties, Road Trip and Rat Race – as well as the truly loathsome ‘Franklin & Bash’ with Zach from ‘Saved By The Bell’.

Got a Shit Lookalike for Pies? Email it to us (waatpies@gmail.com) or Tweet us (@waatpies) and we’ll give it the once over.