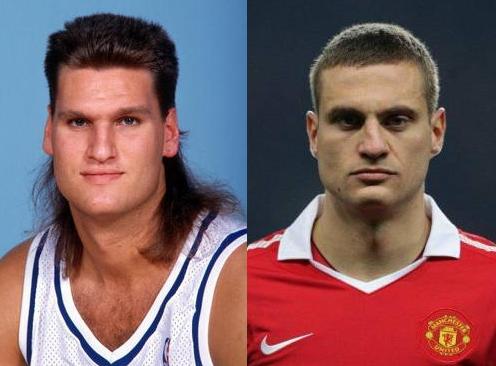 Submitted by Pies’ fan Porker – who adds that ‘hopefully everyone will start envisaging Vidic with the Schnitz’s insane lobster mullet on his head whenever they see him now’.

Got a Shit Lookalike for Pies? Email it to waatpies@gmail.com and stick ‘lookalikes’ in the subject field.