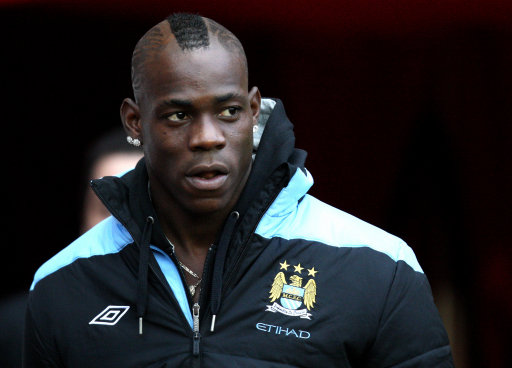 After reportedly pulling up at a petrol station in Manchester last weekend and treating everyone on the forecourt to a full tank of car juice, it seems that Mario Balotelli has been sharing the wealth once again – moseying into the The John Rylands University Library (JRUL) at the University of Manchester yesterday afternoon and offering to pay off any overdue book fines for the students therein.

Such a charitable old soul. I mean, what’s not to love? It’s exactly the kind of thing I’d be doing if I was earning £200,000-a-week and working for three hours a day.

Anyway, JRUL themselves have Tweeted that the rumours of Balotelli paying off the student’s fees are untrue, though there is a suspicion that they may just be referring to the fact that their staff are said to have refused Mario’s generous offer and that all library debts remain in place. They haven’t actually refuted the fact that he stopped by on his travels.

To slightly mis-quote Marvin Gaye, it’s probably wise to “believe half of what you see, and none of what you hear” when it comes to Balotelli, though it has to be said – the more reports you read of his benevolence and childlike curiosty, the more difficult it becomes to dislike the chap.

As opposed to most cut-and-paste, media-trained-to-the-eyeballs footballers, Balotelli is in possession of a shred of and idiosyncratic humour and intrigue and, as such, the footballing press have latched on to him like limpets. He’s the gift that keeps on giving. Literally, it appears!

He’s not ‘mad’ and nothing he does comes close to qualifying as ‘madness’, but you can see how he seems completely frog-conkers loopy compared to the rest of his insipid cohorts.

Long may he reign.