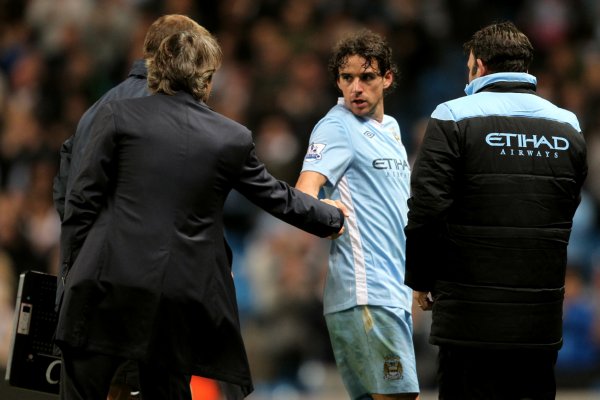 The jokes kind of write themselves here, but Manchester City have announced that bench-bound midfielder Owen Hargreaves is to have a camera strapped to him – ‘Sub Cam’ as they’ve called it – during their next few home Premier League games, with the pitchside footage then broadcast live on the club’s official Youtube channel, with edited highlights available on the following Monday.

The miniature camera, which weighs just 5 grammes, will be pinned to Hargreaves’ shirt and hopefully give fans the opportunity to see a game from a substitute’s perspective  – though presumably they won’t be able to show actual footage of the game itself due to the Premier League television rights?

Who knows? If the sound of watching a guy stretch his hamstrings for 90 minutes floats your boat, then this may be right up your alley.

Unfortunately, the camera will have to be removed if Hargreaves is summoned to enter the fray at any point as those dastardly curmudgeons over at UEFA have rules in place to prevent the use of such equipment on the field of play.

And the poor sod thought he was being treated like a guinea pig at United.