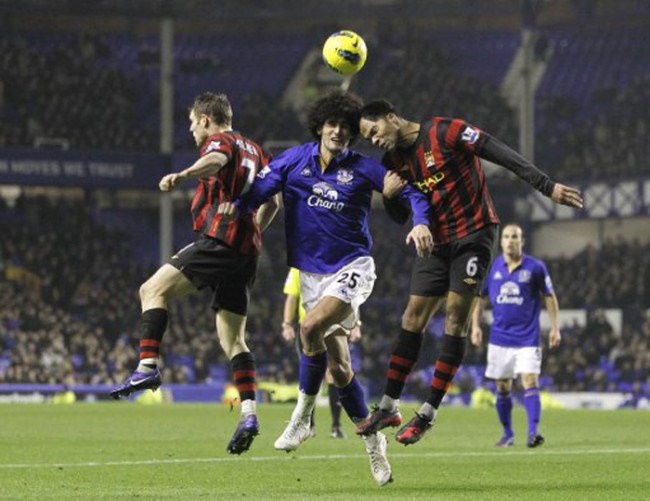 Roberto Mancini’s nouveau riche Citizens just can’t seem to put any decent daylight between them and their Manchester rivals in the race for the title. Once again, City stumbled to a surprise defeat against a hard-working Everton side.

Former United midfielder Darron Gibson was the goal-hero for the Toffees, firing home on the hour-mark after a Leighton Baines corner. City did their best to respond, but sorely lacked the influence of their Ivorian midfield general, Yaya Toure.

French schemer Samir Nasri did hit the woodwork on a couple of occasions, but this definitely wasn’t one of City’s best performances.

With  new signing Nikica Jelavic paraded around Goodison at the break, and a fine win against the league-leaders under their belts, things are looking up for David Moyes’ men. As for City, the question remains; despite all their wealth, will their lack of experience in a title fight be their downfall?

Oh, and one Everton fan handcuffed himself to Joe Hart’s goal-post towards the end of the first-half, which caused a five-minute delay. No doubt, we’ll see more on this rather bizarre incident on Pies’ very soon.