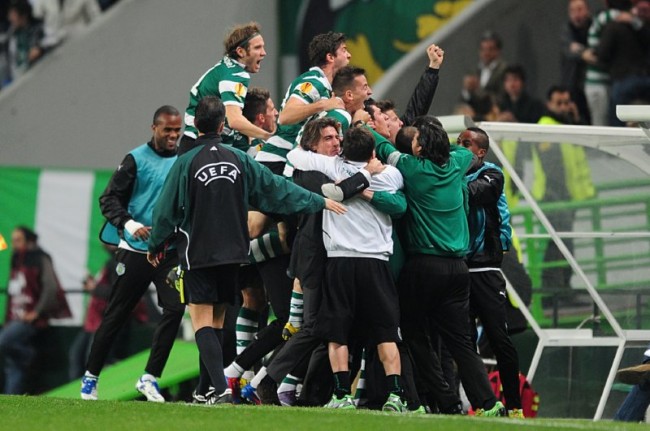 Manchester City will go into the second leg of their Europa League last 16 fixture needing to overhaul a one-goal deficit at the Etihad after an exquisitely cheeky backheel from Brazilian centre-half Xandao saw Sporting run out as a narrow winners in Lisbon.

City struggled for a foothold throughout, with Sporting defending resolutely while their opponent’s offensive line, Edin Dzeko in particular, failed to make any in-roads of note until Mario Balotelli replaced the flaccid Bosnian with 20 minutes to play and began hassling – milking free-kicks, delivering a rabona cross for David Silva and hitting the crossbar with a towering header in the short time he was given to impress.

City, who, you’d have to fancy, remain favourites to go through come March 15th, also saw Vincent Kompany limp off after just seven minutes with a calf injury, though Roberto Mancini has allayed any fears of a long-term knack – confirming that his captain will only be out for ’10 days or two weeks maximum.’