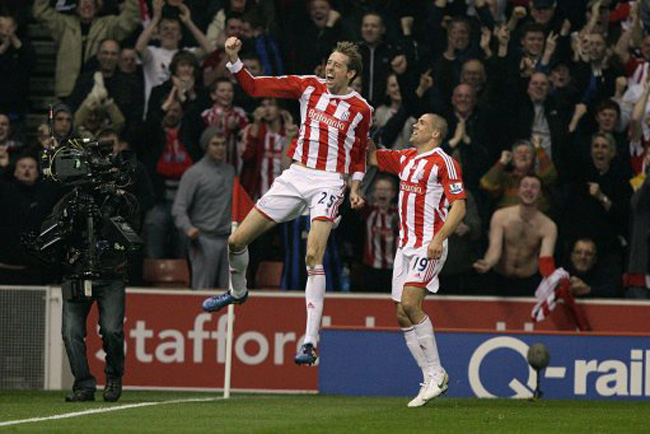 While they’ve been unstoppable at the Etihad, away from home Man City have been dropping vital points, something they did yet again on Saturday at the Britannia Stadium.

The first half was a rather disappointing affair, with the visitors failing to click against Tony Pulis’ well-drilled side.  City did, however, create a few chances, with Edin Dzeko and Pablo Zabaleta going close. The Argentinian was also called into action in his own box, hooking clear a goal-bound effort off the goal-line.

After the break, the Citizens pushed for a goal, but it was a moment of magic from Peter Crouch which would open the scoring. Controlling a pass from Jermaine Pennant on the hour-mark, the gangly striker swivelled and volleyed home from outside the box in what must be a main contender for goal of the season.

The Citizens pushed for the equaliser, and it eventually came courtesy of Yaya Toure’s defelcted long-range effort. However, neither side could snatch a winner before the end.

While Stoke stay in 12th, Roberto Mancini’s men go level with United on points but surely their poor away form will prove too costly in the race for the title.