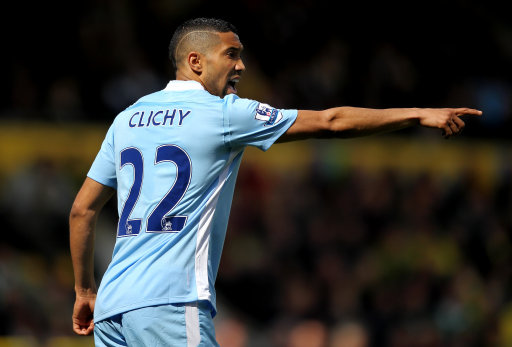 It must be retro-week in football. First English fans rioting in Europe and now bananas being thrown at black players.

In a story which makes me, an Irishman, weep with despair, Man City’s Gael Clichy has complained that a banana was thrown at him during his side’s friendly game with League of Ireland side Limerick City at Thomond Park on Sunday.

After the game, the French full-back Tweeted: “How sad to see “bananas thrown on the pitch” tonight. Knowing people around the world need food. #nowordsforthis.’

In light of the incident, Limerick City released the following statement:

“Limerick FC and Thomond Park are to review CCTV footage to identify the individual who threw an offensive object onto the field.

‘The individual will be banned from all future games at Thomond Park and Jackman Park and the matter will be passed on to the police.’

Ireland has only really had to experience high levels of immigration since the 1990s when all was good with the Irish economy. So it’s still in its infancy in terms of developing into a place at ease with its multi-cultural make-up. Let’s hope it happens sooner rather than later and that the banana-throwing twat is caught quickly.

On a separate note, Roque Santa Cruz played for City in Limerick in the game which the Citizens won 4-0. I didn’t know he was still with them!