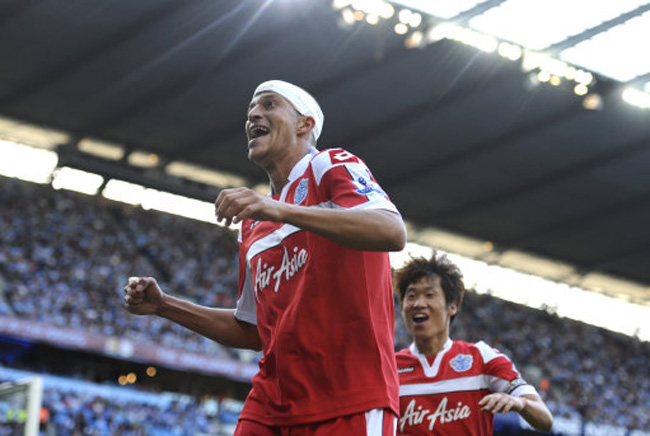 Despite dominating this clash with fellow nouveau riche side QPR, Man City struggled to turn possession into goals as the visitors battled back to push the champions all the way.

The imperious Yaya Touré opened the scoring on 16 minutes but Roberto Mancini’s side struggled to build on that lead. Indeed, just before the hour mark, Bobby Zamora headed home from close range to level the scores as the home side started to labour somewhat.

However, just minutes after that equaliser, new-boy Jack Rodwell burst forward, before Carlos Tevez crossed for Edin Dzeko to head home. The Argentinian hitman then made sure of the win on 90 minutes to cap off a fine individual performance from the striker. However, Mancini will be hoping for improvement from his side as the season progresses.

As for the Hoops, new-singing Esteban Granero impressed in midfield and, once all the new additions bed in, they could be a very decent side.