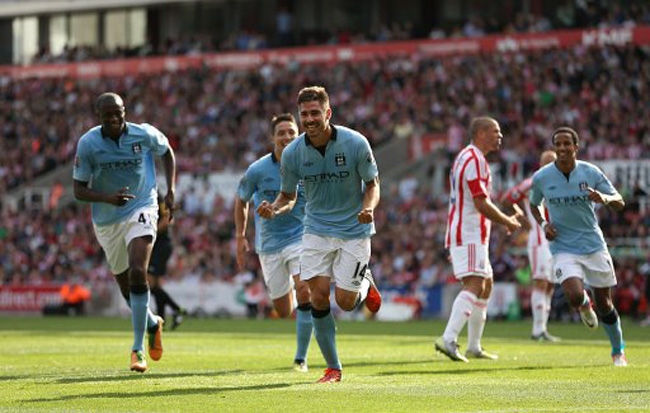 After the game, a rather unhappy Roberto Mancini called the game a ‘basketball match’ after Stoke’s aerial tactics stifled  the Champions’ play.

City started with Maicon and Scott Sinclair, but were soon behind to a very controversial Peter Crouch goal. The gangly hitman clearly handled the ball before finding the back of the net, but despite the protests of the City players, Mark Clattenburg let the goal stand.

However, on 35 minutes, new signing Javi Garcia levelled the scores after heading home a Carlos Tevez centre. The Citizens pushed for the winner, but somewhat lacking their trademark sparkle, they couldn’t find a second goal.

Michael Owen came off the bench to make his Stoke debut although it was Edin Dzeko who came closest to finding a winner, only for Ryan Shawcross to hook his effort off the line.

Never an easy place to visit as they say, a point is a reasonable return for a below-par display from City. As for Tony Pulis and co, despite another draw, they are now without a victory in 10 top tier games.