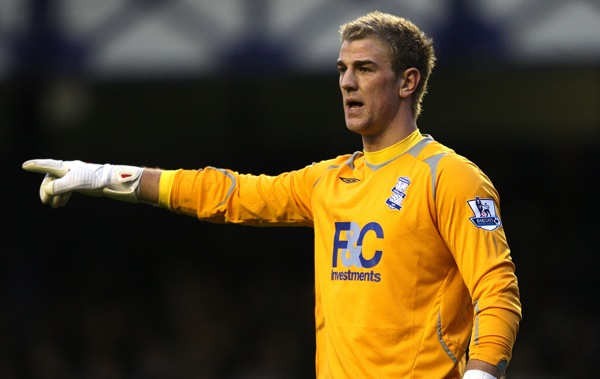 Fabio Capello’s main headache is the lack of good English goalkeepers. Of the current top ten clubs in the Premier League table, the only Englishman between the sticks is Birmingham City’s Joe Hart – and he’s only playing for Birmingham because he couldn’t get a game for Man City.

Hart’s excellent form means he must now be seriously considered not merely as the best young English keeper, but simply the best English keeper, full stop. If Capello had to pick his starting XI to play against the USA today, Hart would surely start – and come this summer, I fully expect him to be in possession of the No.1 jersey.

Going by the current formbook, my three England keepers for South Africa would be:

Paul Robinson is having a decent enough season, but I don’t think he’s done enough – yet – to play himself back into England contention. And his mistake at Eastlands last night showed that he is still prone to needless errors. Ben Foster might yet play himself into the squad, but he must move to a club where he can get a regular game, in order to restore his confidence.

Who would be your first choice for England’s No.1 shirt? Vote below or leave a comment…